How Digital Technology Is Transforming Football

Football has been played for over a century and a half, keeping fans entertained through times of hardship, war and turmoil.

In this article for the MiMentor Platform, writer Chelsi Cole considers how the digital revolution has changed the way we watch and play the game… 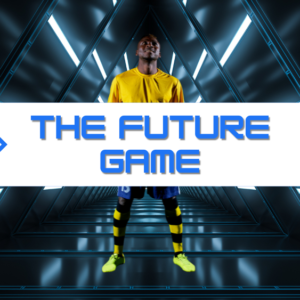 For 90 minutes every week, people can lose themselves in a game, join hundreds or thousands of others in pursuit of a common cause, forgetting everything going on in their life.

Whether watching in Liverpool, Lincoln, or a local park with a dog, wherever you are, you’re never far from a football game at the weekend.

But football has changed, and digital platforms have played a huge part in that.

When a top-flight goal is scored, someone – if not many people – will have their phone held up, filming the events. The images will most likely end up on Instagram, Twitter, or another popular social media platform – just one clear way that digital technology has transformed the game and how it’s consumed.

It’s not the only way, though. Digital technology is changing the game for everyone; players, coaches, fans – anyone connected with the game.

But how? Let’s take a look…

Engaging with supporters better, clubs seek to sell merchandise and tickets and expand their reach for sponsorship and commercial opportunities.

One excellent digital example of this is through the use of fan tokens – the crypto-backed tokens which fans own and that deliver certain rewards and voting rights. For example, holders of an Inter fan token voted on the design for a special kit worn in the 2021/22 Super Cup Final. Other clubs across Europe, and now South America, have fan tokens offering similar opportunities.

Scouting has changed significantly. A great example of this is the case of Ben Brereton, or Brereton Diaz as he is more commonly known now.

Brereton, born in Stoke, a Championship player with Blackburn and former England youth international, was spotted by an eagle-eyed Football Manager researcher who noted he was eligible to play for Chile, through his Chilean-born mother.

The researcher included this in their game, and a Chilean streamer picked up on it which led to a social media campaign to get Brereton a call-up for La Roja.

He was soon included in Chile’s squad for the Copa América in June 2021, and made his debut from the bench against Argentina, then scored in his first start against Bolivia a few days later. 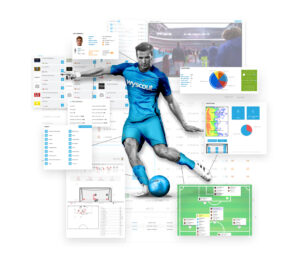 At a more practical level, stats programs such as Wyscout – a worldwide database of games, stats and players that many in football use to scout – have been helping clubs and teams find suitable players for a number of years.

The system even features video clips of many of the top matches, enabling scouts to fully research a player without travelling for hours and days on end.

In 2010, Frank Lampard struck a perfectly good goal in a World Cup last 16 match against Germany, which would have made the score 2-2.

His strike, a good foot over the line, was ruled out, and England lost 4-1. It meant football had come a full circle, with a similar goal for England against West Germany helping win the 1966 World Cup.

The fallout from that moment in South Africa meant that goal-line technology was high on the agenda and soon a tool that would help referees, a digital advancement was previously unavailable.

In 2017, non-league Lincoln City scored a last-minute FA Cup Fifth Round goal to knock out Premier League Burnley, a goal only awarded due to technology. Since then, we’ve had Video Assistant Referees (VAR) providing support to match officials across top-flight football.

Digital technology continues to impact how the game is officiated.

These are just some of the many examples that supporters, players, officials and club staff are being impacted by new technology, but there are many more.

From GPS vests to paper-less tickets, and digital programmes to live-streamed games, digital technology is shaping the future of football.

It is a great thing in some instances, such as goal-line technology and fan tokens. There is still work to do in other areas, such as VAR and how it is used most effectively.

However, it matters not how much technology you pour into the game; the love, passion and enjoyment of the game on a Saturday afternoon or a Sunday morning will never change.

Ben Garner, our global coach mentor and UEFA Pro-Licence holder, has also explored how the game is changing in our feature module called The Future Game.

Ben looks at how players are evolving physically, technically and tactically, how technology is helping coaches and players learn and develop, and how coaches can prepare for the future…

Click the link below to read more from Ben Garner…

Ben Garner looks the evolution of football from a player, coach and technological perspective.